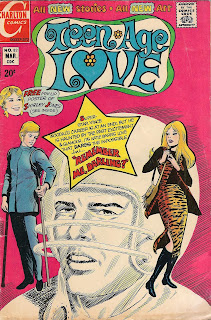 As anyone who has ever had a relationship knows nothing good can come from facial hair.

Now, don't get me wrong, I'm not trying to say that you should never date someone with a beard, goatee, what-have-you. I'm just saying that if you do, be prepared for it to end badly.

Case in point, in "Make Room in Your Heart ... For Me!" we meet Jonnie Love, a motorcycle riding, high school drop out with only one thing on his mind, stealing Ken Satterlee's girl. 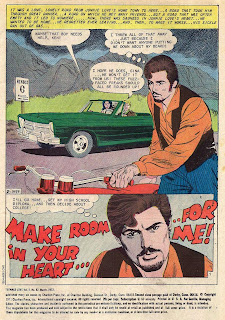 After riding into town on fumes, Jonnie Love needs to find some gasoline. And quick. 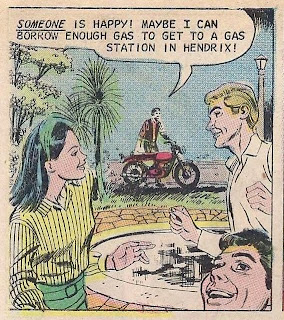 But as with all bearded men, trouble is never very far behind. 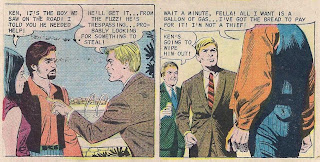 Ken, obviously recognizing Jonnie's real intentions, does what he can to stop it. 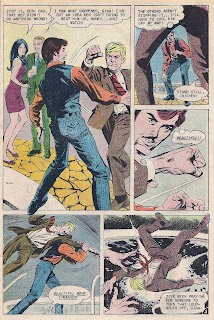 Once Ken is out of the way, if only temporarily, Jonnie Love starts to set his plan into motion. First, by gaining the trust of Gina's father.

Then by seducing Gina with song. 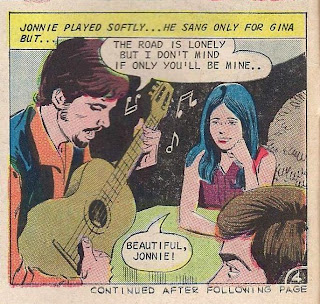 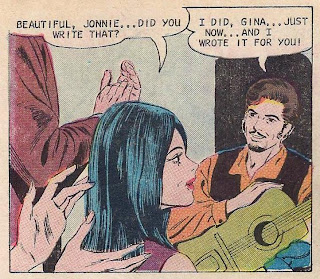 Of course Gina is only human so, with Jonnie's intoxicating combination of a well-groomed beard and his singer songwriter silver tongue, she was his slave. 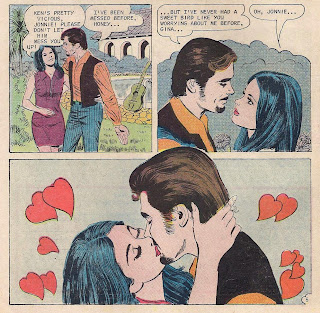 So his plan was coming together. He had Gina's father duped. And Gina was putty in his hands. 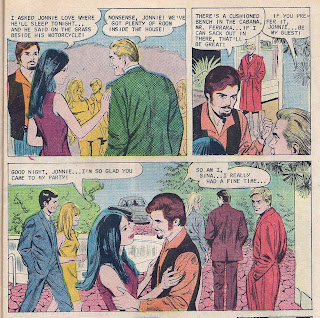 Jonnie Love's diabolical plan was working SO well that Ken Satterlee was forced to make one last desperate attempt to save those he cared about. 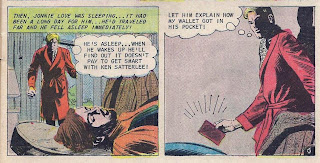 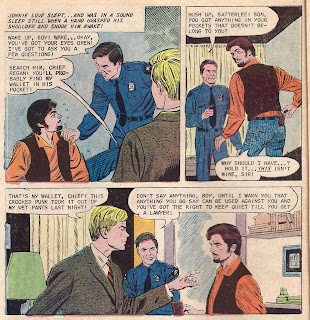 For a moment it looked like Ken's split second plan worked. That finally, Jonnie Love was going to end up where all bearded men should end up. 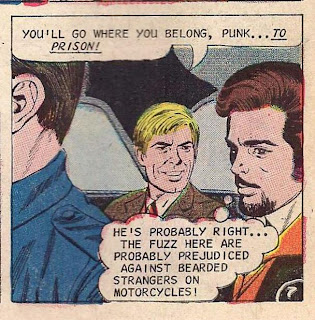 But Ken made a rookie mistake. (One that my own father would kill me if I made.) 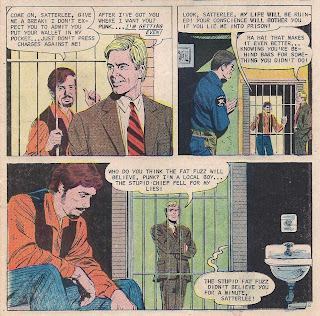 Never let people know what your thinking. Especially if the deputy who arrested the innocent man you framed is listening. 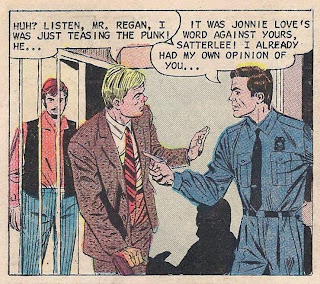 So now poor Ken is the one heading to prison. Maybe they'll show "The Godfather" on movie night. (Ken should take notes.)

Without Ken Satterlee to protect them, our story ends the only way it could. 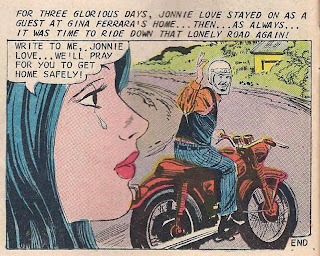 Yet, even knowing how it would end, Gina Regan would do it all again. THAT is the power of the beard.
Posted by Spectergirl at 10:40 PM