It's like a Jack Chick Comic, but without Jesus! 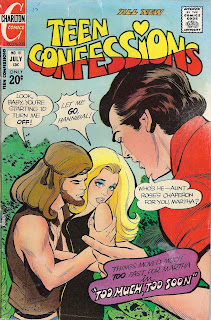 Too much, Too Soon
Charlton Comics
Pencils/Inks By: Mono Canelo
Teen Confessions
Number 81
1973

Okay, so there is no doubt that as we get older our tastes become more refined. For an example, my four year old son thinks that NickJr.'s "Fresh Beat Band" is really "cool". So, for the sake of argument let's say, at least to Martha here, that Hannibal is really good looking or at least has that certain something that makes a man appealing. We'll say its, oh I don't know, maybe his sleeveless vest and his Mennonite beard.

See, suspension of disbelief is key with Charlton Comics' "Too Much, Too Soon". In this tale we are introduced to Martha, a reasonably nice girl with questionable taste and angry parents who are really bad judges of character. Her parents also REALLY need to pace themselves with the whole anger thing. See, if dad feels the need to get that mad at his nearly grown daughter for hugging her boyfriend outside the house, her first kiss might result in a stroke and everything else will certainly end in death. But don't let me spoil everything for you. 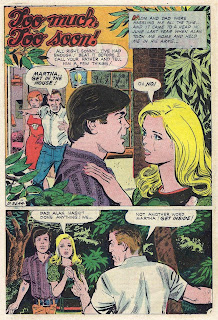 So, much to Martha's dismay, Dad and Mom decide that they need to keep her away from her good-for-nothing boyfriend. And they choose to do so by sending her to stay with her Aunt Rose, a responsible adult that lives far enough away to hinder the relationship. And nothing works like co-habitating with a widowed aunt for nipping a relationship in the bud.

Martha can't bear the idea and goes to talk to her boyfriend, Alan about running away. 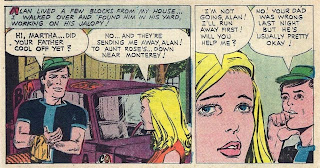 So with the advice from her low-life boyfriend that she should listen to her parents, Martha agrees to stay with her Aunt. And luckily, as she approaches her Aunts house, she spies an "attractive" man and feels a little better that her stay might be more fun then she expects. 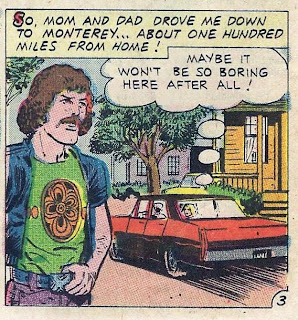 Oh, did I mention that her taste in men is mindbogglingly bad?

So anyway Aunt Rose, who we can hope only LOOKS strung out, decides that her first act as Martha's temporary guardian is to introduce her to a guy. 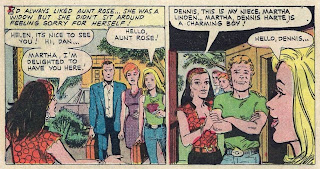 A guy she instantly drives off with. Okay, so maybe Martha's parents know a little more about her chronic poor judgment than we do. Is that sort of thing hereditary? 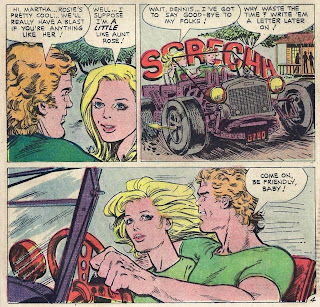 A guy who takes her to a very cool party. 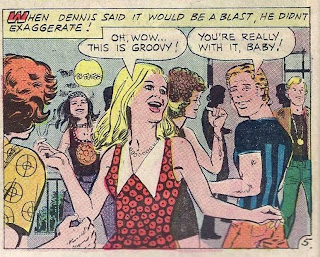 An who then gets high. 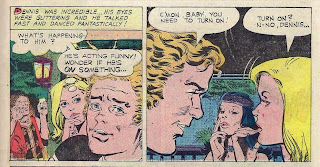 Then, in an up to now unprecedented good decision, she chooses not to try the drugs herself. Of course now Martha doesn't have a very reliable ride home. But don't worry, Martha here knows how to bounce back from disappointment. 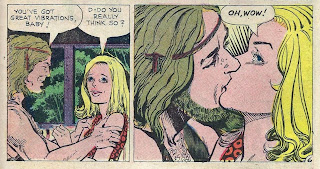 So she hooks up with Hannibal, a man who has both a car and apparently the approval of her Aunt. 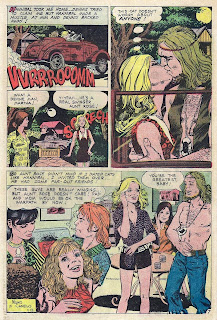 But even with everything Hannibal apparently has going for him, Martha doesn't feel completely comfortable with her new crowd and she writes her boyfriend.

Aunt Rose of course does what she can't to discourage the relationship. 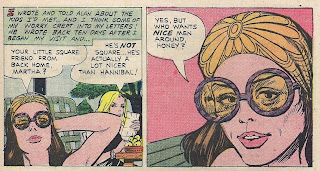 Martha's misgivings about her new crowd and current hookup continue to increase and oddly so does the amount to kissing. 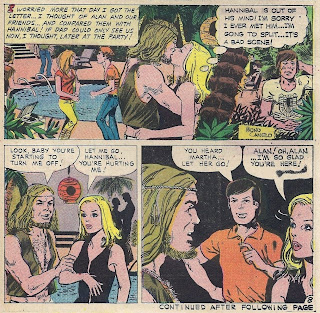 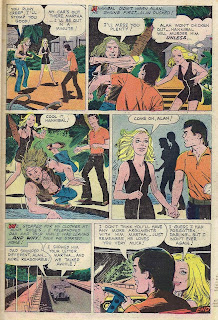 At least someone in this story has some common sense. Thank you Alan, this story was really getting painful.
Posted by Spectergirl at 9:15 PM