I guess there IS something sadder than being alone. 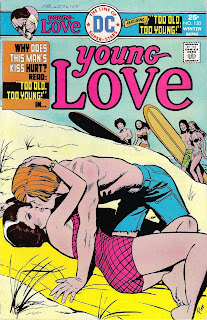 Reading romance comics would lead you to believe that there is nothing worse than being without a man. There are the happy endings where our character finds true love and is expected to live happily ever after. Then there are the stories that due to some character flaw, the girl in question ends up alone but with the hope that having learned from her shallow, short sited or selfish behavior, she has become a better person, therefore deserving more than ever, the love of a man.

But in Love Hungry! we learn that there is at least one thing sadder than being alone. And that is being alone wearing lingerie. 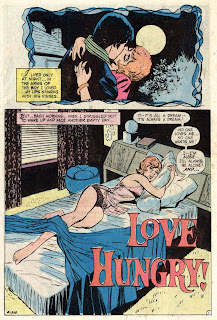 But maybe we should give our lonely nameless lass (yep, her name is never given) the benefit of the doubt, maybe she is just prepared in case she does bump into Mr. Right.

No, I think she is kind of crazy.

But there is one thing I strongly believe, it is easier to find a boyfriend if you have some sort of interest outside of just finding a boyfriend. Lonely here's hobby appears to be spying on people who have someone special. 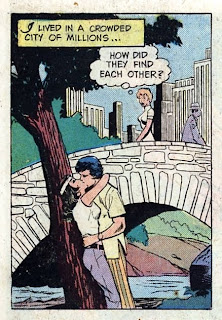 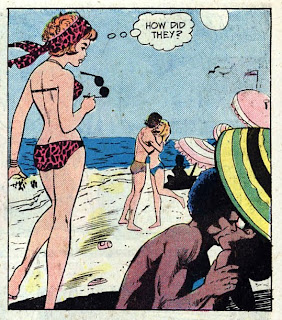 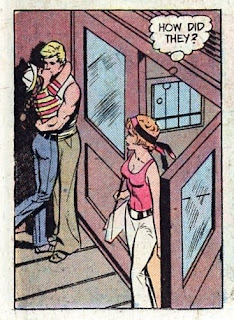 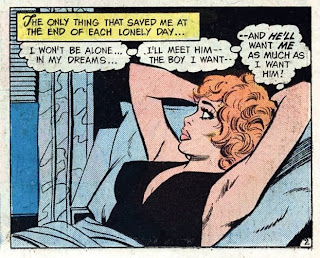 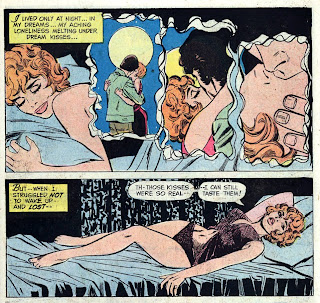 Until one night even her made up dream person seems to thinks that she's too pathetic. (is that mean?) 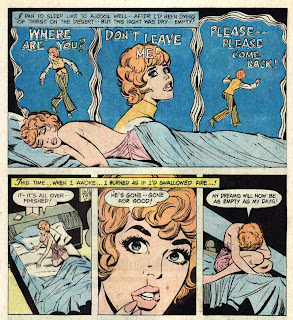 Devastated by the thought of loneliness both during her waking and sleeping hours the "flight" instinct kicks in.

Until she finds herself where so many woman have had their dreams come true. Down by the docks when the fleet comes in. 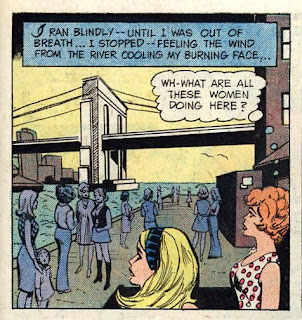 But can a lonely girl without a name meet the man of her dreams while dressed kind of like a hooker? 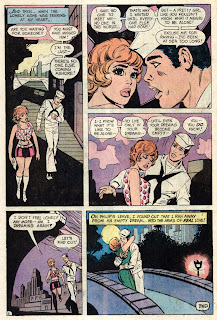 Yes, yes she can. Thank goodness she invested so wisely in that lingerie collection.

Happy Valentine's Day everyone.
Posted by Spectergirl at 11:08 PM