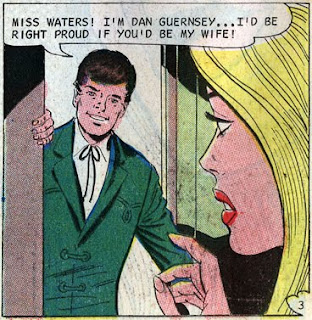 Career Girl Romances #67, February 1972
Country Girl or Country Star
Charlton Comics
When my mother was fifteen she started in a new school. She said that through her entire first class some dorky guy in glasses kept watching her. When class was dismissed he came up to her and the first and only words out of his mouth were "I'm going to marry you someday." She though yeah, right.
Less than two years later they were being driven down to a North Carolina justice of the peace by two very, very disappointed fathers.
You really have to admire my Dad's ability to set a goal and meet it!
I get my determination from my father.
Aaron claims he knew he would marry me after our first telephone conversation. I'd like to say it was because he had discovered that my devastating good looks were rivaled by my keen wit but actually it was because I told him that something he said was like that episode on Star Trek where Nomad thought Kirk was his creater. I have now confirmed for all that, apart from being irresistibly charming, I am also a dork. A confirmation only strengthened by the cake topper at the wedding. 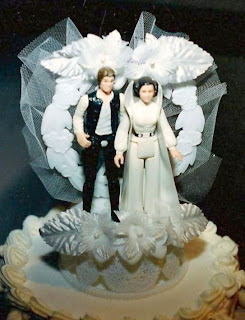 Now, when I first saw my husband, I will admit that marry was not necessarily the verb going through my mind but I had certainly set my sights. The fact that I could see past his mutton chops says a lot about my vision. It wasn't until our third date that I began to suspect that this was definitely the man for me but even I won't go into that.
Well, whether you believe in love, love at first sight or none of the above, As Told To Stan Lees certainly does. And, since I'm feeling a bit sentimental this week, whether from my anniversary or too much Death Cab For Cutie, I decided to share my own young romance.
Once there was a boy who really really liked hats. 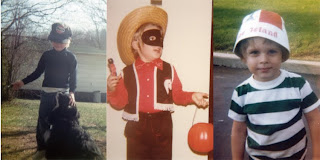 And a girl who was always smiling on the outside and look damn good in a leisure suit. 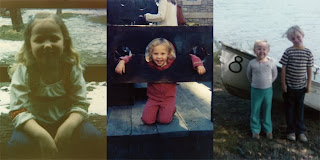 They were unlikely to meet since they grew up a State apart. And one tragic day the little boy was hit by a car while jaywalking across a highway and died. 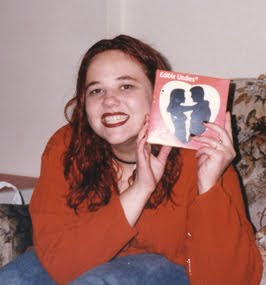 At the wedding the groomsmen and brides maids all wore tuxes. The girls were upset because the bride would only let them wear a bra under their jackets. (Hey it was my day!) And all the boys acted like James Bond.
There were many, many terrible pictures taken. And the boy and girl danced very poorly. 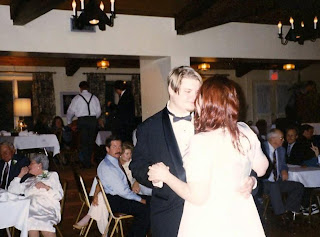 Later they had a little boy that looked a lot like his father. 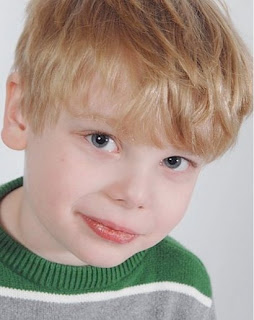 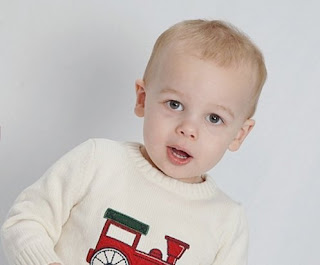 And another for good measure. 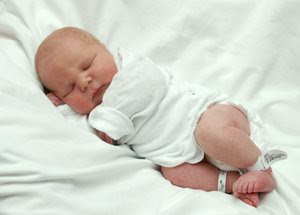 The boy and girl still shop for a lot of comics. See far less movies and never get any sleep. 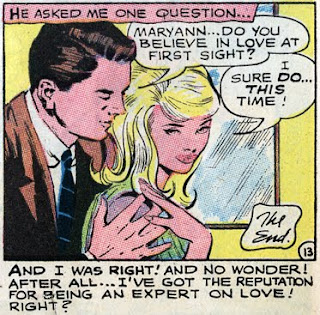