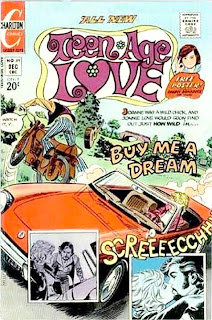 Well we all knew it was only a matter of time. Jonnie Love's attention to grooming, his unquestionable knack for running into trouble and his nearly mythical respect for authority could have lead to only one thing.
Jonnie Love - Nark!

And who makes a better undercover agent than a guy who looks just a little to old to be hanging out with teenagers. (For those of you over 30 like myself, think of it like 21 Jump Street with only Richard Grieco.)

In "Buy Me a Dream", Jonnie Love "the rover" is, well, run off the road. And, in fact, he is run off the road by a beautiful blonde. That Joe Gill doesn't beat around the bush. 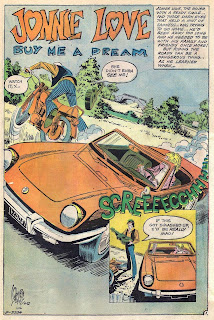 Jonnie quickly deduces that this beautiful blonde in under the influence of something very powerful. And it's not his machismo, not yet anyway. 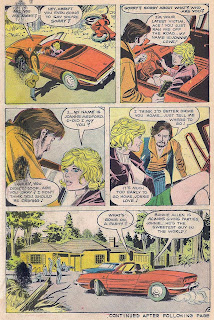 At the party Joanne tries to score more illegal substance from Bunkie. But Bunkie senses that Jonnie Love is not a man to be trusted. (Maybe because he looks to be about 40.) 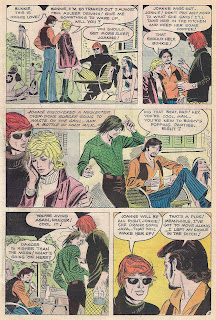 Joanne offers to take Jonnie to his bike. Jonnie excepts and takes advantage of the time to question her about her drug of choice. ( Which is still not him, but don't worry, it will be.) 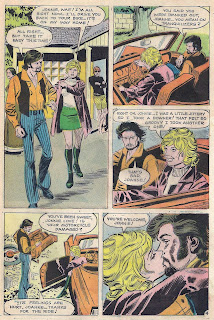 After they part ways, Jonnie find some ditch somewhere to sleep in. Despite the fact that he is just passing through and can't afford to get involved, he finds himself thinking about Joanne.
And then Jonnie Love is hassled by the man. 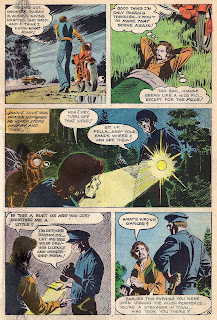 After a speech worthy of Dragnet, Jonnie excepts the offer of his dream job. 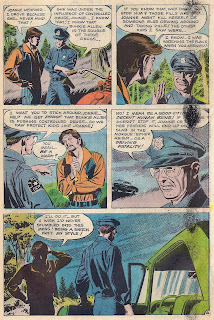 Jonnie Love knows the seriousness of using controlled drugs, so he get started right away. And soon has his suspections about Buckie being the source of the tranks confirmed. 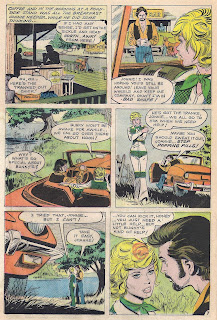 Finally Jonnie starts to gain the trust of the pusher. 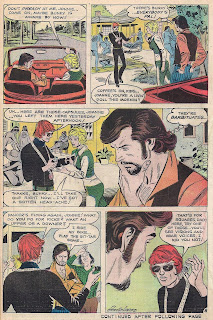 And, like any good sting operation, it takes almost no time at all and the police take the time to point out the nark. 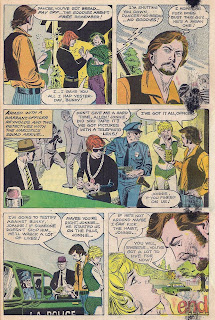 Good going cop! Let just hope Bunkie never gets out of jail or Jonnie IS going to be rundown in the street.
Posted by Spectergirl at 9:07 PM