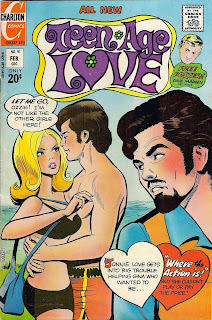 As I am sure you have noticed, I am late.

I'm also sure that this isn't the first time Jonnie Love has heard a woman say that!

So today we will celebrate Hump Day Plus One. And what better way to celebrate than with Where the Action Is. A story, that true to its title, starts with all the action any Jonnie Love fan could ever desire.

This time we meet up with Jonnie on the beach. WHAT?! Yes, and our hero has upgraded from clear plastic to a super hip white helmet.

When Jonnie sees a shapely blonde being pawed against her will, he overcomes his aversion to confrontation and asks the beach Casanova to back off. 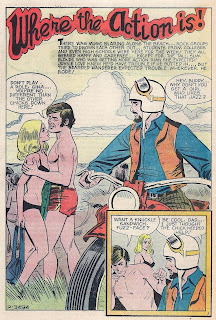 As expected, the fists starting flying.

Soon the blonde becomes concerned that Jonnie may get hurt. We, of course, know Jonnie better than that. 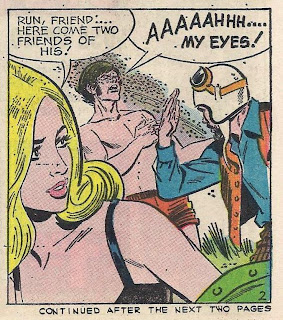 After blinding Ozzie, perhaps for life, Jonnie gains enough time to grabs the blonde and run. 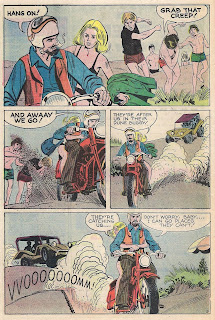 And while Ozzie and his thugs swear vengeance on Jonnie Love, Jonnie starts feigning interest in his bike mate only to quickly learns that all his dreams have come true. 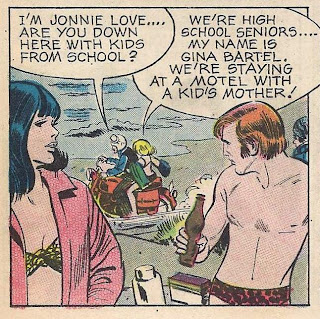 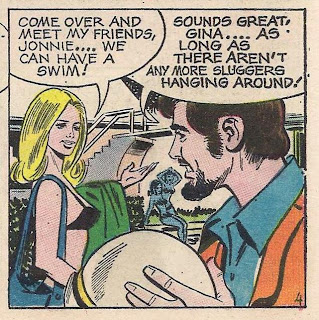 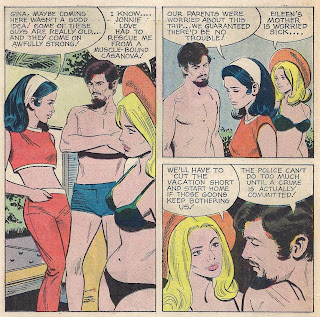 After listening to Gina and her friends whine for what seems like an eternity, Jonnie meets the chaperon. 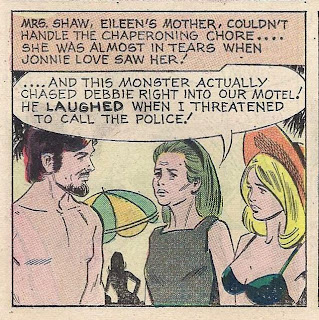 Jonnie tells Gina that he will stay round as a deterrent to boy of a more appropriate age. 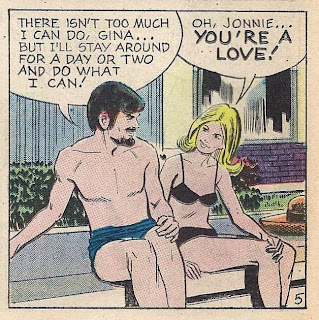 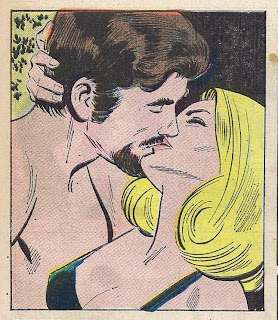 Of course it isn't long before more trouble shows up. 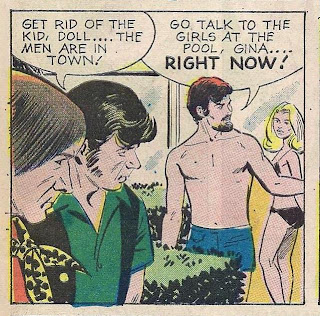 And Jonnie Love is forced to tattle.

You are the MAN Jonne Love! 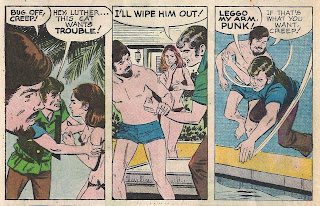 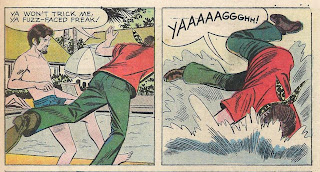 Once the police arrive, Jonnie lets the boys in blue take over.

And the girls give Jonnie a hero's welcome. 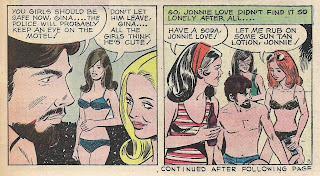 When Jonnie finally departs from the girls, Ozzie and his pals make one last attempt to teach Jonnie a lesson. But Jonnie Love's skill at escape can't help but impress. 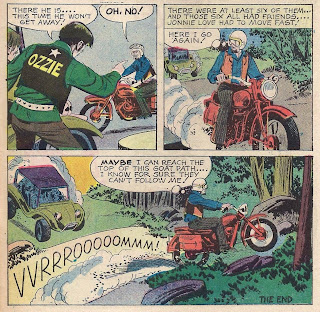 Be kind and remember to L♥ve one another.
Posted by Spectergirl at 11:30 PM