You never know what you're got ... until you realized what you got could have got fat. 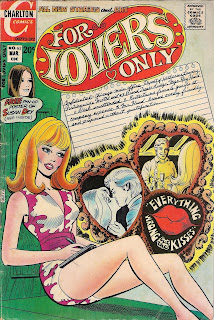 Most of us, at one time or another, have found ourselves in a relationship that has disintegrates to a point where one becomes little more than a complaints department. I know I sure have. Amy, you're too good for me. Amy, you've ruined me for other women. It can be terribly exhausting.

But what I would imagine to be far worse is a relationship where a former love interest is used as a measuring device for your inadequacies. I should probably take this moment to apologize to all the girlfriends that were used as a sadly lacking replacement for me. But apologizes are not my strong suit.

Well with my love of the ridiculous and shallow I thought it a grand idea to bring you this (extremely) short  tale of one such relationship. In The Ones That Got Away we meet the shallow and unhappy Donna and Billy. Donna is a woman with a hunger for money and Billy is a man who uses babe-a-liciousness as a measurement of value. 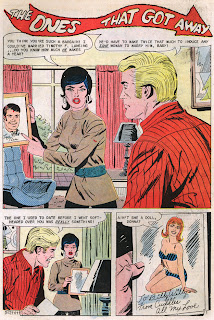 Am I the only one who finds it strange to have a framed (and signed) 8"x 10" of someone you once dated just hanging round the house?

Since I am no longer a redhead I will not take sides in the who is hotter argument. But I will point out that while Cuddles is wearing less clothing, Donna has far pointier boobs. 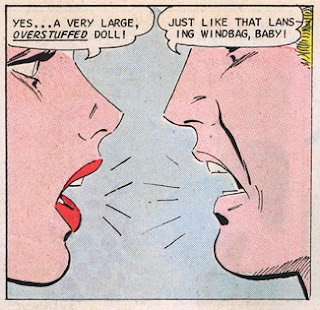 As fate would have it, directly following their airing of grievances, grievances that I have no doubt they have aired again and again, Donna and Billy are presented with an opportunity to ogle in real life the remembered loves that they have been ogling in their minds. 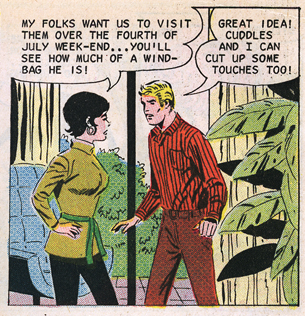 When the big day arrives Billy and Donna chose to dress appropriately for both seduction and the heat of the July 4th weekend. Billy in a black turtle-neck, short-sleeve shirt and Donna in a pair of skin-tight green pants and a belly shirt. 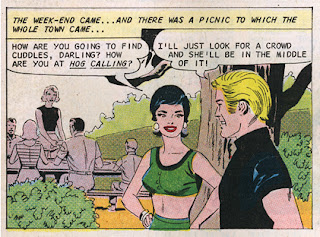 When Billy finally runs into his old flame she appears to be dimwitted and to have put on more than a few pounds. Oh my! 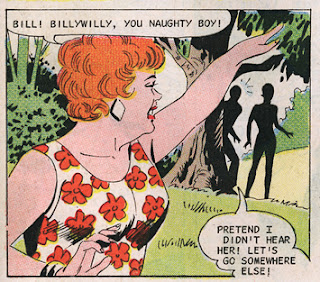 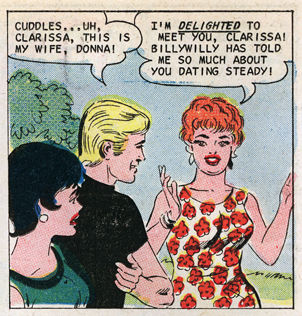 While, no doubt, Donna is thrilled at the outcome, her joy is short lived. As she soon discovers her old love has also put on the pounds and is the proud owner of a shirt that is both sleeveless and laces up. Really?! 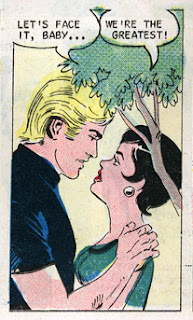 Sometimes it just takes the unattractiveness of other to help you remember just how great you really are. 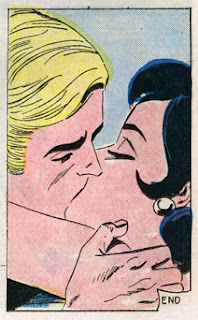 Sadly in another 25 years they have a have a similar argument about how old the other is starting to look that involves the people they dated in the ninth grade.

I do feel the need to point out that while Cuddles and Timothy are certainly not as healthy as they were, they still likely have a happier relationship. And Timothy likely still makes the phat cash.
Posted by Spectergirl at 5:16 PM