That is SO not the most important part of a relationship. 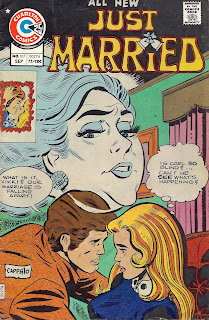 Anyone who has ever told you that the most important thing in a relationship is communication is either a fool or a liar.

The only time communication is even a close second is when you are giving specific directions on the first.

In Apron Strings we meet a newly wed Vikki Driscoll whose husband doesn't seem to understand this basic truth. But it is pretty obvious that his mother does and will do just about anything she can to stop that horrible strumpet Vikki from deflowering her son. 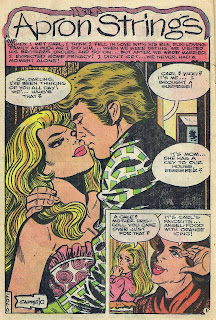 It didn't look like poor Vikki had much of a chance against Mother Driscoll whose plan of attack was multi-faceted.

She may not have been able to stop her son Carl from marrying but she could certainly hinder his love life by working overtime to fatten Vicki up.

And, just as critical to the plan to destroy Vikki's dream of gettin' some, fattening up her son.

Nothing cripples the libido like a large snack before bedtime and Mother Driscoll knew it. 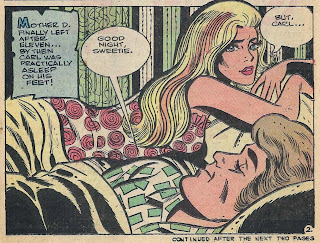 Mother Driscoll's next move was to keep her son and his new whore too busy to even steal a moment alone. Busy with joyous family gatherings and, when absolutely necessary, with tragedy born of her own hands. 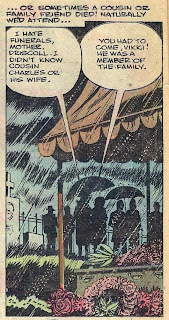 It wasn't long before the strain was just too much for poor Vikki to bear and soon the strain began to leak out into her only free moments with Carl. 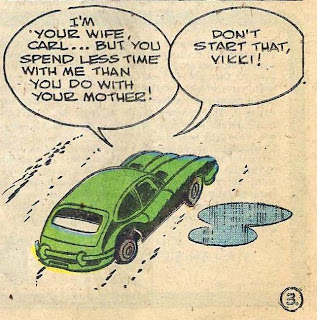 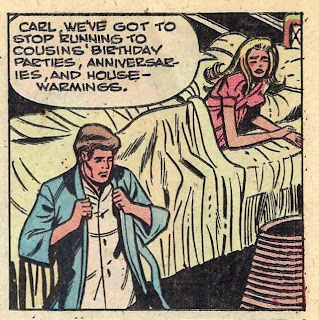 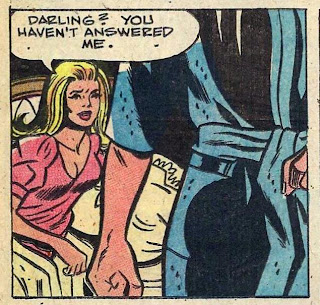 And Carl, unaware of what was really lacking in his life, starting filling the void with other things. 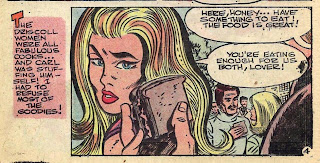 And the seed of discontent planted by Mother Driscoll began to take on a life of its own. 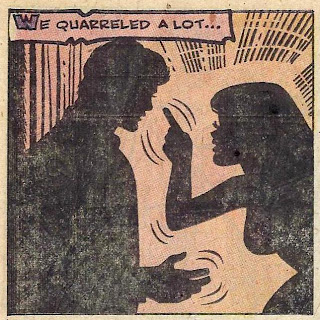 Until it nearly destroyed everything Vikki was fighting for. A chance to make it with her lawfully wedded husband. 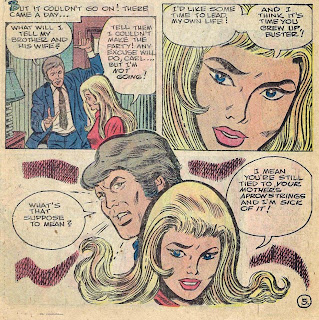 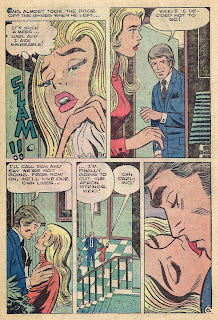 But even when all things appeared to be turning around, like Pavlov's dog, Carl's desires seem to trigger another kind of hunger.

So Vikki made one last desperate attempt to interest his husband in sex. The old standby, dirty movies. But even that didn't work out as she would have liked. 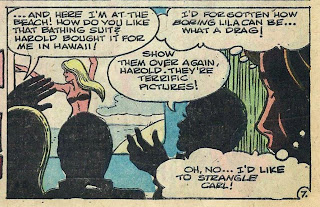 Vikki was beaten. She she was giving up. She just needed to tell Mother Driscoll that she had won. 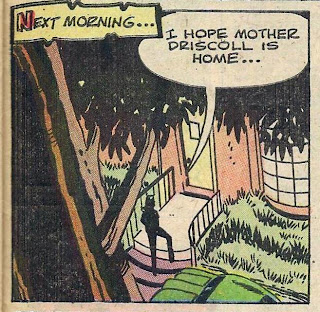 If Carl could obtain all he needed from food, so could she. 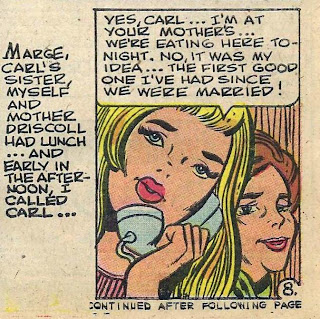 Vikki's surrendered brought the approval of the entire family. But it also seemed to remind Carl why he had married her in the first place. 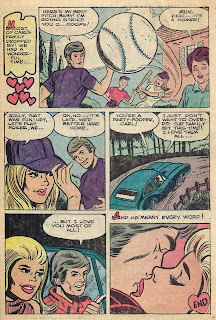 Maybe Vicki WILL finally get to third base!
Posted by Spectergirl at 12:05 AM