Mexican Madness! The return of Hump Day with Jonnie L♥ve 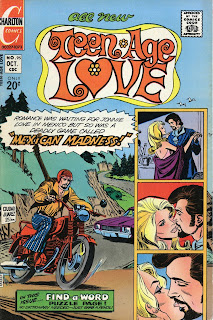 Ah yes, the term "Mexican Madness" brings such fantastical images to mind. The possibilities seem almost endless. Possibilities that can't be dampened even by the laws of mortal men.
So, when I found that Jonnie Love starred in a story by that title, I knew I must posses it. Which then lead to Hump Day with Jonnie Love.
Now my schedule has left poor Jonnie by the wayside for a few weeks, but not forgotten. So today, I will present the 2nd to last tale in the Hump Day series. The one that started it all, 'Mexican Madness!' So please seat back and enjoy ... well, an extremely similar Jonnie Love story to the one we just read back in Teen-Age Love # 93.
As the Jonnie Love saga continues, Jonnie has once again gotten turned around only to head back into the open arms of sunny Mexico. Of course, as always, his off-beat bearded beatnik looks draw all kinds of attention. 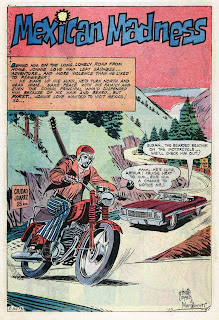 And, in the economic boom that was Mexico in 1973, it isn't long before employment falls right into his lap. 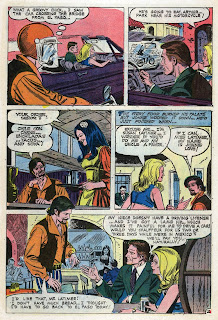 Accepting the job due to a lack of 'bread', Jonnie agrees to accompany the "couple" back to their hotel. (Wow, this is getting even wilder than I dared imagine!) And then Jonnie, the man who seems to possess only a guitar and the cloths on his back, whips out a blue suit and ascot as if from another dimension. 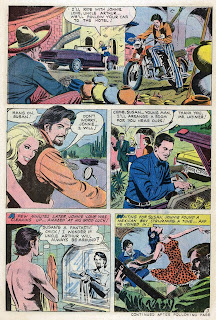 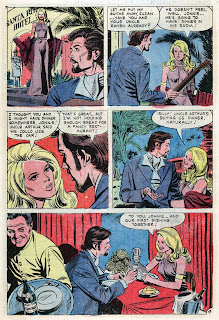 Of course, nothing makes for a more romantic evening than a little queso fundido and the music of a mariachi band. 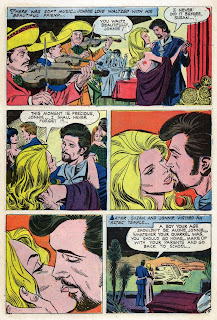 Maybe it was the setting of moonlight and ancient history, or perhaps it was the warm breeze and the smell of nicotine breath, but Jonnie Love finds himself falling for Susan. Or, at least, falling enough. 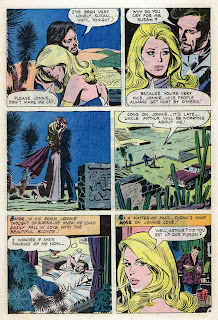 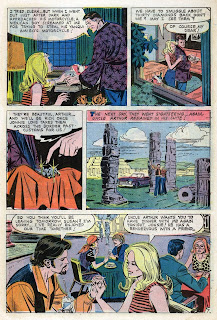 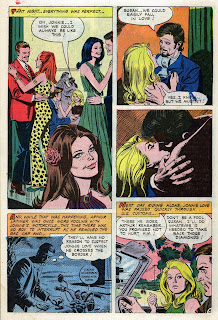 Too bad "the Latimers" hadn't bothered to read Teen-Age Love #93. If they had, they would have known how Jonnie Love rolls. 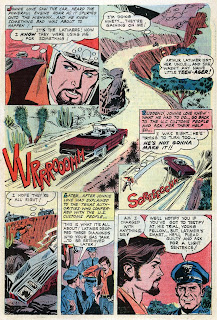 Happy Hump Day everyone!
Posted by Spectergirl at 9:25 PM