Jonnie Love says "Hate the game, not the player." 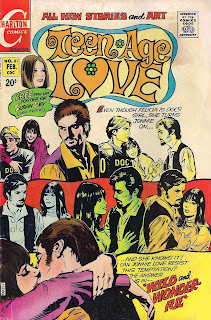 Wild and Wonderful - two words that no doubt describe As Told To Stan Lee's unofficial mascot, Jonnie Love. Though you will more regularly hear him described as a Bearded Satan, both titles work.

As I wait patiently for another twelve Jonnie Love comics to arrive by mail, I though I would share my last story at hand.

In Wild and Wonderful we once again run into Jonnie Love as he hangs out with kids WAY too young for him.

I believe the cover says it best. "Even though Felicia is Doc's girl, she turns Jonnie on ... and she knows it! Can Jonnie Love resist this temptation?"

I've never known a bearded man that could. 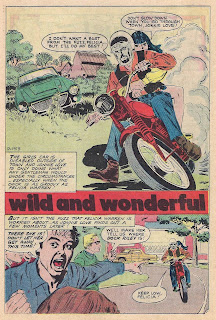 Jonnie Love is nervous. And he should be. One more run in with the law and he might end up being the prettiest girl at the ball. Jonnie knows that his facial hair is like a magnet for the Fuzz but it is also this same skillfully trimmed Vandyke that keeps him swimming in the ladies.

It doesn't take much for Jonnie to outrun the mob of what I must assume are would be rapists, except for precious, precious gasoline. 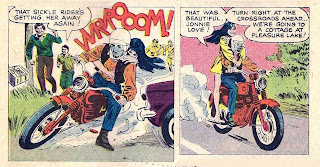 After the thrilling get away, Felicia, in her excitement , allows Jonnie to get to first base. But this doesn't please the second player in our tale.

Jonnie, instantly appealing to everyone who encounters him, soon hears the sad sorted story that has brought our three players together and though Jonnie's initial instinct is to punch his rival, it always is, he find himself getting involved. 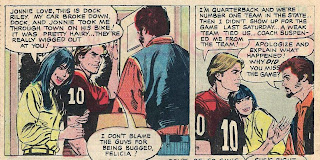 And he knows why. 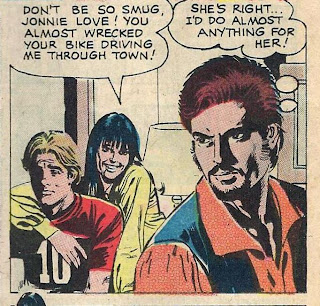 Of course Felicia is only human, and like all females around this bearded bad boy, she can't help but parade herself around like a large bottomed Gringa on a day trip to Tijuana. 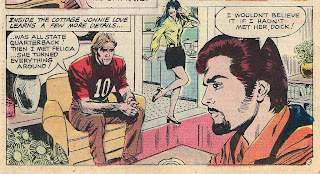 And Jonnie can't help but make one attempt to lose the third wheel. 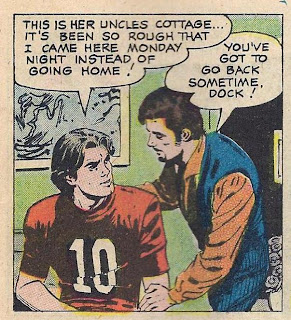 But, in the end, is forced to make his move with poor Dock watching. 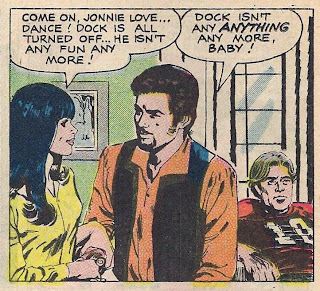 Realizing that Dock doesn't plan to ever leave them alone, Felicia takes matters into her own hands and asks Jonnie to take her home, giving her an opportunity to be manhandled by a real professional. 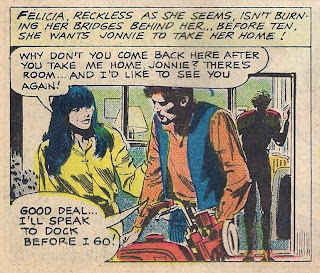 Before leaving, Dock asks a favor of Jonnie as well. 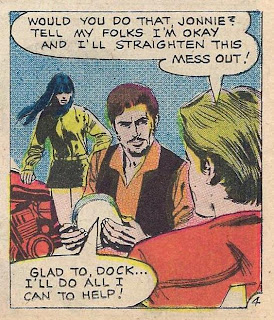 Jonnie gives his word that he will let Dock's parents know where his is. But with Jonnie, pleasure always comes before business. 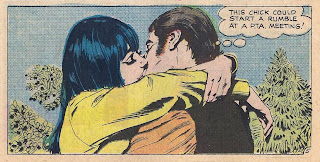 But all too soon, Jonnie find himself at the home of Dock Riley to deliver the promised message to his parents. 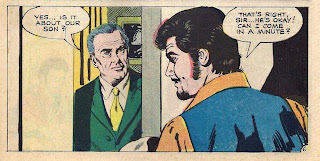 Dock's parents instantly sucome to Jonnie's charms. Expecially Mrs. Riley who quickly pulls together a meal to send with him when he leaves. Sexual frustration = bagged lunch. 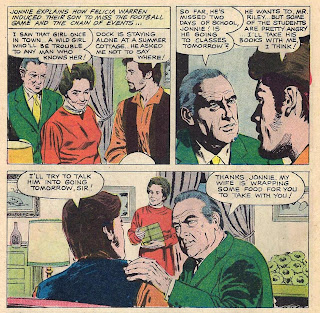 I would wager that there is a steak in there.

That night sleep does not come easily to our hirsute lothario. 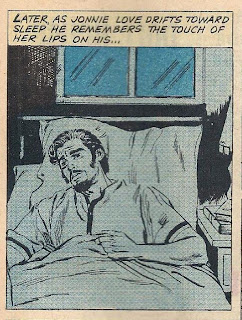 The next morning, with Jonnie's incouragement Dock returns to school to explain his absence and, hopefully, get put back on the team. This does not make Felicia happy. 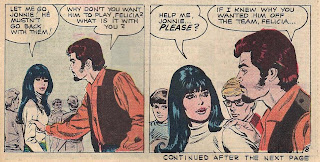 Jonnie, of course, already knows the answer. Jonnie Love has nothing if not a intimate understanding of human nature.

Jonnie Love doesn't do seconds and this makes the best excuse ever to escape. 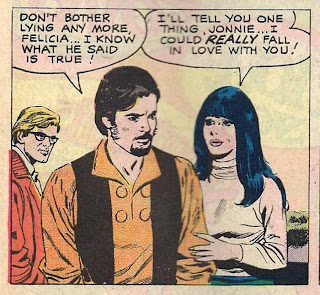 That was a close call for Jonnie Love, almost too close. 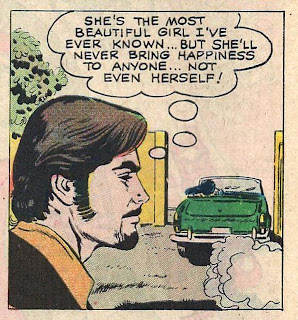