The Facts of Life about Men - Conservative vs With It! 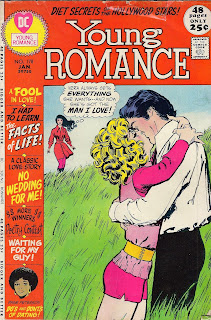 Growing up my younger sister and I were very, very different. She was the cheerleader to my Goth chick. I was the book lover to her total hater of books and those who read them. She was the mean girl to my attempt to be kind to everyone.

Our differences are only slightly less pronounced today.

Don't get me wrong, I love my sister and, quite frankly, I totally envy her ability to verbally castrate a man in mere seconds. It is amazing, even if a little uncomfortable, to watch. But, while I have no doubt that that ability lies dormant just below my surface, I'm not sure I would ever want to harness it.

Truth be told, my parents just didn't raise meek girls. One of the things my father is fond of saying is I'm surprised that either of my daughters were able to have children. I thought their balls would get in the way.

Yeah, that about sums us both up pretty well.

Despite this difference in taste, I once made the mistake of telling her I found a specific guy attractive. She instantly went over to him and spent the next little while flirting with him. Shoulder touching, Bicep stroking, hair flipping. She was good.

Of course she said she did this just to see if he would be a good match for you. Yeah, I didn't believe her either.

It wasn't much of a loss since I really only found him attractive because he was late every where he went and his clothes were always so wrinkled he looked liked he must have picked them up off of the floor and got dressed in a dark closet. For some reason I found that endearing. (Perhaps I imagined him as having so many weighty mathematical equations in his head that he was too distracted to dress himself like the adult he was.) Needless to say, I avoided the same mistakes in the future.

But, as always, I have gone off on a tangent. Sorry!

Well today's story is about two sisters who also struggle with differing taste in men. (Though they can, no doubt, agree on how much leg to show!)

In The Facts of Life, Emily and Ina seem to always butt heads regarding the qualities most important in a man. Emily going for the young biker Santa set and, while Ina, preferring the stock broker sensibilities, she's more interested in what is on the inside. 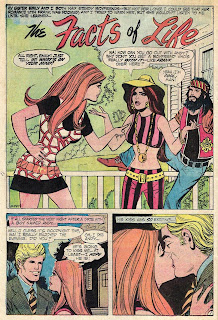 This is a pointless argument. Emily certainly isn't a bra wearer and Ina, no doubt, is. In my experience women that different aren't likely to ever agree on anything.

And, while admittedly, I like a man in a suit, Andy's got such a crazy jawline in that lower left panel that even the suit isn't working for him. Of course if one were dating Frank, no question who will be paying for dinner. 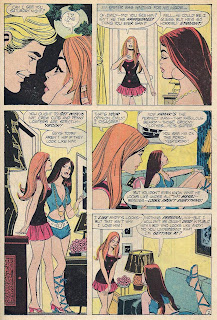 In the lower left panel Emily looks like here sandals are too small. Perhaps she could afford sandals that fit if she didn't have to pay for all of her and Frank's dates. 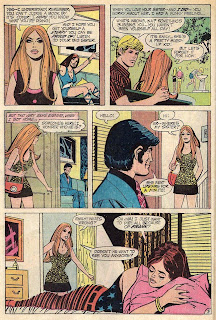 Looks like someone let a werewolf in the house. But that werewolf looks pretty damn hot in that suit and tie so I vote that he gets to stay! 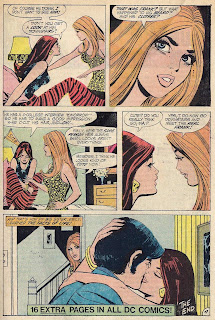 See, it really is what is on the inside that is important. Though I can't help but wonder if Frank is going to have to ask Emily to dress a little less like a prostitute while accompanying him to school functions.
Posted by Spectergirl at 12:07 PM